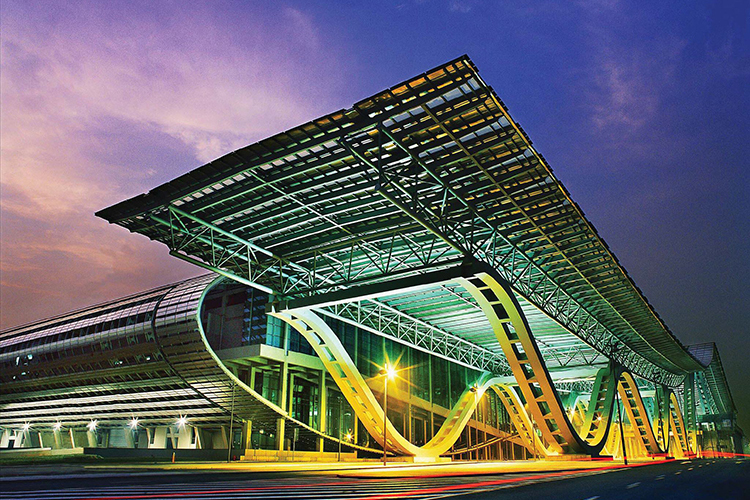 At a plant of motorbike manufacturer Apollo in Zhejiang province, two child hosts guided online viewers through production lines, introducing the company’s products during a livestream at the 127th Canton Fair, attracting attention from around the world.
Ying Er, chairman of Apollo, said her company is an export-oriented business, combining research and development, production and sales of cross-country motorcycles, all terrain vehicles, electric bicycles and scooters.
At the ongoing Canton Fair, five types of vehicles rolled out from the company were on display, including two winners of the Automotive Brand Contest in Germany.
To date, Apollo has secured orders worth $500,000 in total at the fair. Except for regular customers, there is a great number of potential buyers who have left messages and expected further contact.
“Currently, our farthest shipments have been scheduled for November,” Ying said.
The company’s long-term innovation in marketing contributed to its success at the fair. Starting from an old plant in 2003, Apollo has grown into one of the most influential manufacturers of cross-country vehicles in the world.
Consistently in pursuit of improvement in R&D and manufacture, the company focuses its attention on building its proprietary brands, seeking breakthroughs in marketing operations.
“We have spent heavily on online advertising and leveraged our global resources for online distribution,” Ying said.
The company’s efforts paid off. During the first five months of this year, its export increased by 50 percent over the same period of 2019.

The company made a range of preparations such as redesigning its promotion platform, taking 3D photos of its products and creating tailor-made short videos, the manager said.
To educate clients further about the company, Qin said Sinotruk International’s overseas staff optimized livetreams including demonstrations of vehicle models and test driving.
“After our first livestreaming of the event, we have received lots of online inquires and likes,” Qin said.
The response from viewers illustrated overseas buyers’ acceptance of the online exhibition.
Fashion Flying Group, a Fujian-based clothing manufacturer, said it took part in the Canton Fair 34 times since the company was founded.
Miao Jianbin, assistant to the design manager of the company, said holding the fair online was an innovative move.
Fashion Flying has mobilized a lot of workforce resources and offered training for its livestream hosts, Miao said.
The company has promoted its products and corporate image via forms including virtual reality, videos and photos.
“We completed 240 hours of livestreaming during the 10-day event,” Miao said.“This special experience has helped us acquire new skills and develop new experiences.”